Halting the spread of salmonella

There are between 11 and 27 million estimated cases of enteric fever worldwide every year, and 75,000–220,000 deaths. Could vaccination stop the spread of these diesases in the environment?

Salmonella is a common type of bacterium that lives in the guts of people and animals. In most cases in the UK, salmonella infections cause non-life-threatening gut symptoms including diarrhoea, vomiting, cramps and fever.

But there are particular types of salmonella that can cross into the blood stream and spread to other organs in the body, leading to more severe diseases called typhoid and paratyphoid fever (collectively called enteric fevers).

These types of infections aren’t common in developed countries, but cause a substantial health burden in many low and middle income countries. It’s thought that there are between 11 and 27 million cases of enteric fever worldwide every year, and 75,000–220,000 deaths.

The treatment for enteric fevers is antibiotics, but antibiotic-resistance is an ever-increasing problem making some infections almost untreatable. Only people with symptoms of enteric fever are treated with antibiotics and this means that carriers (those who are infected but don’t have symptoms needing medical care) may continue to spread the bacteria unchecked – it doesn’t attack the root of the problem.

A vaccination programme to give people immunity to typhoid and paratyphoid fever could provide a cost-effective way to lower the number of salmonella-linked deaths globally. But there is still a question mark over whether vaccination would stop the spread of these diseases in the environment too, extending the protection to unvaccinated people (‘herd immunity’).

Thanks to new research from Professor Andrew Pollard’s Oxford team, published in September in Clinical Infectious Diseases, researchers have taken a step towards answering this question, and their results suggest that some vaccines might provide herd immunity.

The culprit is found in poo

Salmonella spreads mainly through contamination of food or drinking water with human waste.

“Basically, salmonella spreads between people via poo,” explains one of the lead researchers, Dr Merryn Voysey. “If water or food is contaminated with bacteria from an infected person, for example in areas where hygiene and sanitation are poor, it can be ingested and infect someone else.”

Vaccination stops people from getting ill by educating the immune system to recognise the bacteria early, and destroy it before the infection can cause any symptoms. But this still leaves a small window in the first stages of infection when salmonella could still be passed on.

“Vaccines that both protect people from becoming ill and help to stop bacteria being shed into the environment are likely to be the most effective strategy,” says Dr Voysey. “It would be a double strike, protecting unvaccinated people too.”

There have been mixed results from studies so far as to whether existing vaccines reduce bacterial shedding, and the most recently developed vaccines haven’t yet been tested. The team set out to cast more light on which, if any, of the available vaccines reduce salmonella levels in poo.

"Vaccines that both protect people from becoming ill and help to stop bacteria being shed into the environment are likely to be the most effective strategy,"  - Dr Merryn Voysey

The research team reviewed data from a series of human infection studies (where volunteers are purposefully exposed to an infection) conducted in the UK to discover more about the timing and levels of salmonella shedding in poo, with and without vaccination.

The studies were all approved by an ethics committee, so there were no undue risks to those taking part. After making sure that volunteers understood all the details of the study and checking they were fit and well enough to take part, the researchers gave them all a drink containing either typhoid or paratyphoid fever-causing bacteria.

“In total 430 people in Oxford kindly volunteered to take part and help us understand more about typhoid and paratyphoid fevers,” says Professor Pollard, the Principal Investigator of the studies.

“We used strains of the bacteria that we know are easily treated with antibiotics, and if volunteers developed a fever for more than 12 hours or had detectable bacteria in their blood, they were given antibiotics straight away. At the end of the study those who had no signs of typhoid or paratyphoid fever had antibiotics too, to make sure the salmonella bacteria were gone from their systems.”

By running a human infection study instead of collecting samples from people naturally infected, the researchers could be certain of the exact timing of infection, the amount of bacteria people were exposed to, collect and analyse many samples, and easily compare the different vaccines.

Some vaccines could lower the risk of transmission

The team analysed almost 5,000 poo samples from the volunteers who had been exposed to salmonella bacteria. Samples were provided by volunteers daily (where possible) during the 14 days after drinking the bacteria.

People who were diagnosed with enteric fever (a high temperature for more than 12 hours or bacteria in the blood) shed more salmonella than those who remained well, and the peaks of bacterial levels were detected earlier. People in the study without any symptoms still shed bacteria, albeit at lower levels, reinforcing the evidence that asymptomatic carriers can still transmit infection.

Some of the volunteers were vaccinated, and researchers compared them to volunteers who weren’t. There were 4 different typhoid vaccines studied – Vi-PS, Vi-TT, Ty21a, and M01ZH09. While the latter two didn’t have any effect on bacterial shedding, the Vi-PS and Vi-TT vaccines both reduced the levels of salmonella shed in poo (nearly 3-fold and 2.5-fold respectively).

“We were excited to find that the typhoid conjugate vaccine (Vi-TT) lowered bacterial shedding, because this is the first effective vaccine that has been recommended by the WHO for widespread use in children under 2 years of age,” says Professor Pollard.

“Children are the highest risk group for contracting typhoid fever. So a vaccine that both stops them becoming ill and reduces transmission into the environment could have a major impact in areas where typhoid fever is common.” 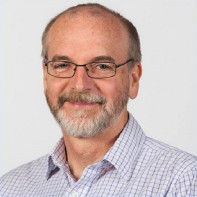 We were excited to find that the typhoid conjugate vaccine (Vi-TT) lowered bacterial shedding, because this is the first effective vaccine that has been recommended by the WHO for widespread use in children under 2 years of age - Professor Andrew Pollard

While the study has revealed important details about the timing and amounts of salmonella shed in poo, and the beneficial effects of some vaccines at reducing levels, it might not reflect the entire picture.

There might be differences between the course of infection in healthy adult volunteers in the UK and in children or adults living in an area where the diseases are common.

“We also only used single strains of typhoid-causing or paratyphoid-causing bacteria and gave everyone the same dose,” says Professor Pollard. “This might not reflect a more natural situation, where there are lots of different strains circulating in the environment and people are exposed to different amounts of bacteria.”

These factors might affect the effectiveness of the vaccines at reducing salmonella shedding.

“It’s given us some valuable insights into the course of salmonella infections and the potential of some vaccines to provide herd immunity. However, we will need to continue to research the vaccines’ performance in endemic areas to confirm these findings,” says Professor Pollard.

Thanks to the research team, and all the volunteers who took part, scientists are a step closer to understanding the full benefits of vaccination, and which of the typhoid vaccines are more effective at generating herd immunity.

Oxford to work with Brazil to establish clinical research hub

The University of Oxford and Brazilian Ministry of Health have announced a joint initiative to set up a global health and clinical research unit in Brazil led by Professor Sue Ann Clemens CBE.

Phase I trial begins of new vaccine against the Plague

Researchers at the University of Oxford today launched a Phase 1 trial to test a new vaccine against plague.

Research on the ChAdOx1 nCoV-19, also known as the Oxford-AstraZeneca vaccine, indicates that a long interval between first and second doses does not compromise the immune response after a late second dose.

The University of Oxford, together with three partner sites in London, Southampton and Bristol, is to launch the first study to assess the safety and immune responses in children and young adults of the ChAdOx1 nCoV-19 coronavirus vaccine.

WHO SAGE says Oxford's coronavirus vaccine is safe and likely to be efficacious in older adults, and recommends its use in this age group.

The Oxford Vaccine Group is to lead the first trial to explore alternating different COVID-19 vaccines, to explore the potential for flexibility in delivery and look for clues as to how to increase the breadth of protection against new virus strains.